If You Struggle With High Cholesterol, You’ll want to read this!

A while back I wrote about two friends of mine – both of normal weight and appearing to be in good health.

If you happened to catch that post, you’ll remember that they both complained about their blood work and the high cholesterol numbers they were scoring! What’s up with that they wanted to know?

As it turned out, one took my advice to heart and started to monitor her sugar intake. She gave up the Swedish gummy fish (I’m sure the Swedes never would have launched these on us – more likely a marketing gimmick from our food producers to have us believe we’re munching on healthy stuff from Europe?!!?) She disposed of the other “junk” and daily candy.

She was very clear with me that she hadn’t done anything “extreme” – just paid attention to how much sugar she was eating and cut it back.

About two months in, she had her blood work retaken. Total cholesterol dropped from 223 at last taking to 187. HDL decreased slightly from 89 to 68. Triglycerides dropped slightly. LDL dropped from 118 to 105. And, the most important marker – that which more accurately indicates risk for cardiovascular issues – is the ratio of LDL to HDL. The Ideal number here is less than 2. In her case LDL of 105 divided by an HDL of 68 gave her a nice ratio of 1.5.

Another interesting point that I learned when we spoke again… Cholesterol has been an ongoing problem with her for years. So much so that when she was 26, her doctor put her on a statin after which she experienced stiff necks, general aches and pains and muscle soreness. She decided to forgo the meds.

What she didn’t know at the time was that statins have been found to interfere with the production of CoQ10 – a crucial nutrient in the functioning of our mitochondria (our energy producers). Lack of sufficient CoQ10 has been implicated in muscle and joint pain.

“Some studies have also shown a reduction of coenzyme Q10 in muscle tissue. Such coenzyme Q10 deficiency may be one mechanism for statin-induced myopathies.” Deichmann, Lavie, Andrews

For years we’ve been told that fat was the culprit in our struggle with our weight while all along it was the sugar…  I remember as far back as my teenage years trying to offload a little belly fat and thinking Twizzlers were a perfect food since they were “fat-free”!?

And the irony of all of this is the “Fat-Free” industry still exists and loads up its fat-free options with sugar to make up for the flavor lost when fat is extracted.

“Cardiovascular disease is like a sleeping giant because there are no symptoms until it’s too late. Your arteries need an 80% blockage for any symptoms to be detected.” Yuri Elkaim (Eating for Energy)

We’ve been led to believe that cholesterol is the enemy when it’s actually an important nutrient that feeds our brain and cells and – surprisingly – is a natural protective mechanism. Here’s how it works . . .

Sugar is inflammatory. Think fire in the veins.

Over time sugar can damage and cause cuts and abrasions in your vessel walls. Not a good thing. The body’s natural defense system goes to work to heal the wounds and cholesterol is brought in to smooth it all over and keep the blood flowing. A little like plastering over the cracks. You get the picture. If this continues, eventually the cholesterol builds up too much and then you’ve got a problem. And you won’t even know about it until the “event” occurs.

Next time you get your numbers, if you want to learn more, you can always reach me here… 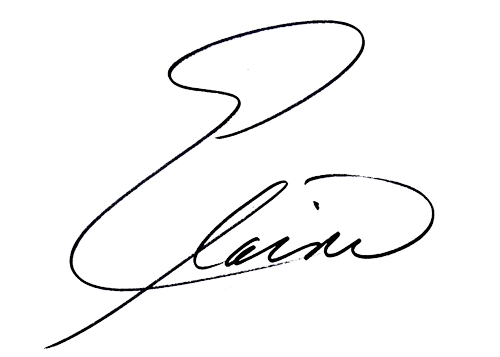 Disclaimer – I am not a physician or medical professional. I’m a coach with a desire to help you find your way to a healthier/happier life. The information I provide is for educational and informational purposes only, and does not constitute medical advice or establish any patient-client relationships.

This error message is only visible to WordPress admins

Please go to the Instagram Feed settings page to create a feed.